A Return to British Values? | PSHE 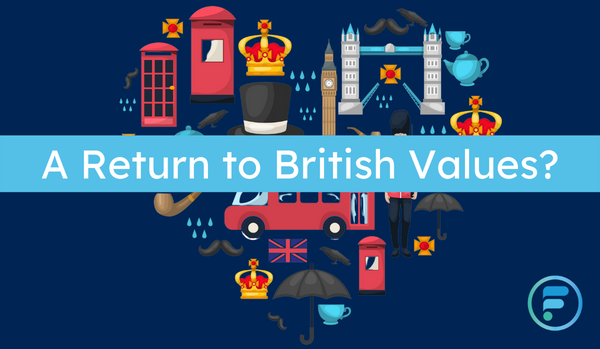 We know that Ofsted are not carrying out subject deep dives in PSHE; instead gathering evidence for this within the Personal Development aspects of the inspection framework.

This includes British Values, which we all frantically introduced with those red, white, and blue displays in our schools back in 2014 when the document was first published, and British Values became a ‘thing’ all of a sudden.

2014? Was it really that long ago? Doesn’t time fly when you’re busy sticking union flags around a silhouette of the houses of parliament? (That well-known bastion of decency and high moral standards. Ahem…)

How the pandemic affected the teaching of British Values

Anyway, we all know we were including those values, or versions of those values in our broader curriculum and subject curriculum before it hit the headlines and became a focus for inspection. For the vast majority of schools, the British Values document resulted in a tweaking of existing practice, for example, perhaps emphasising more of the democracy link when teaching about Ancient Greece or explaining the role of the police in more detail perhaps when learning about ‘people who help us’ in EYFS.

However, during the pandemic, much of this emphasis was lost due to the nature of home learning for many pupils and the need to focus efforts on teaching certain subjects and crisis management in schools. As a result, pupils are less aware of these values now or at least are less aware of how the values they learn about in school are applicable to the wider community and country in which they live. It seems as if the insular nature of lockdown has extended to this aspect of pupils’ knowledge of the wider world.

This is being identified in some recent inspection reports, and whilst we don’t do things in schools just for inspection it is worth bearing this is mind. It would be a shame for British Values, or a lack of pupils’ awareness of these values, to become an issue when a school gets the call when it is important that pupils are aware of the values we seek to instill as part and parcel of our broader curriculum provision anyway.

In the schools I’ve visited since restrictions were lifted this has certainly been the case in many instances. Pupils had forgotten about the British Values display in the school hall or main corridor because they had not been past it for nearly two years. They could talk about rules in school and voting for school councilors, but they could not make the link to laws in this country or to the recent local council elections in their area.

It has sometimes been a similar response when speaking with pupils about the school’s own values or mission statement. I obviously don’t expect pupils to remember these verbatim, but I would expect pupils to know what makes the school special and what, for example, being, ‘Responsible, Resilient and Resourceful’ might look like, or how they have, ‘Been the best that they can be’.

As with the British Values, this has not been a priority for teachers and school leaders during the pandemic and this is not written in any way as a criticism of those schools. It is just my observation from an external viewpoint as another legacy of the past couple of years.

So amongst all the other things that schools are focusing on in the remainder of this school year, and especially into the new school year in the Autumn, it might be worth revisiting the school values and the British Values in whichever way they are promoted in your school. After all, it’s those values and attributes which we are all about in schools, alongside the purely academic outcomes.

Publications you may find useful 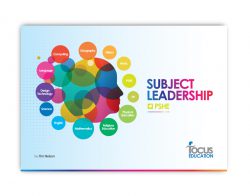 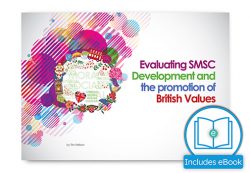 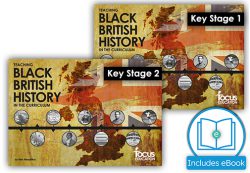 Cyberbullying in Schools: What We Can Do